In the year 2014, we had a series of sexual assault cases at UW Madison. The idea behind Kommunity was to make the community the focal point to solve issues, not just the police or the government. For example, if you see a garbage pile lying on the road, you alone won't be able to do anything. The trash collector may come just once in a month. What if there is a place where you can put this information along with picture where people living in the vicinity can see it. Another example is of a sexual assault. If you are in a party and see someone being sexually assaulted. Most of the time, you would ignore it or maybe just talk about it with your friends. Maybe you alone may not be able to do anything but if you could post a message on Kommunity app, people in that party having Kommunity on their phones will get an alert. So you alone may not be able to do anything but as a group you could take out the individual from his/her discomfort. 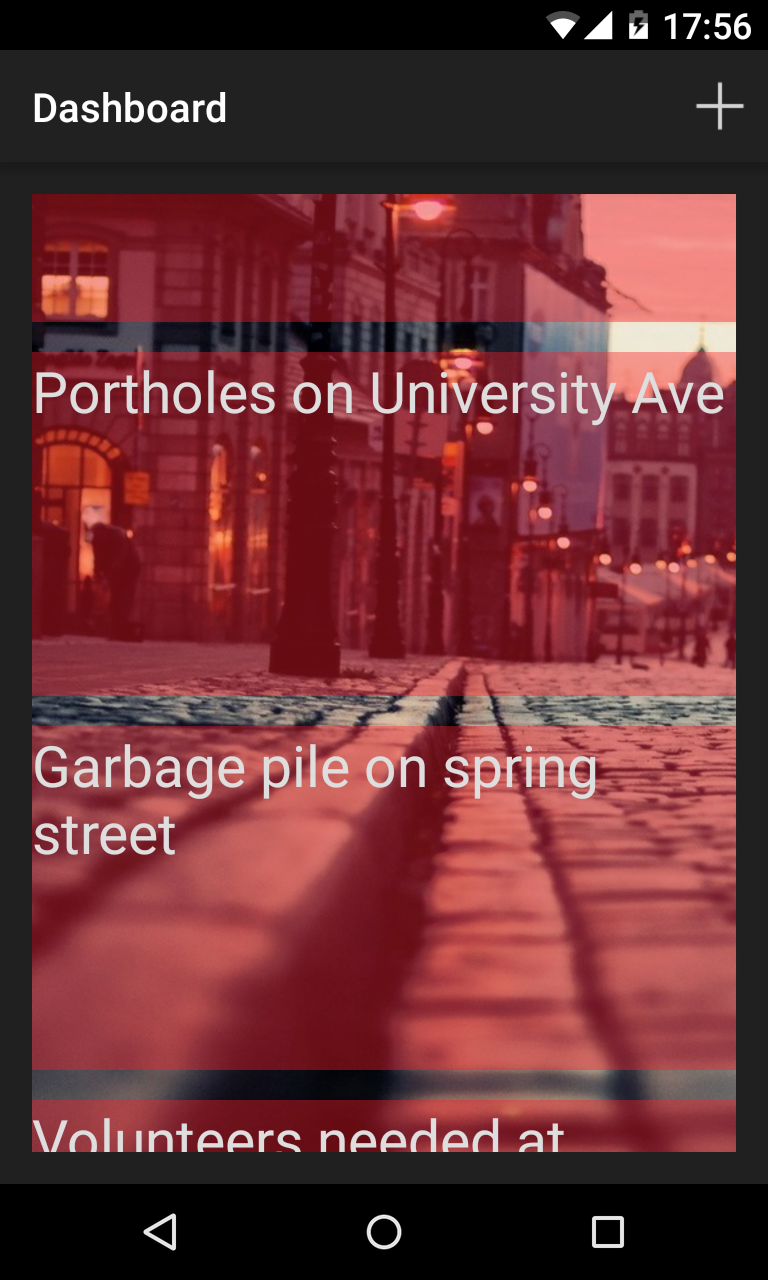 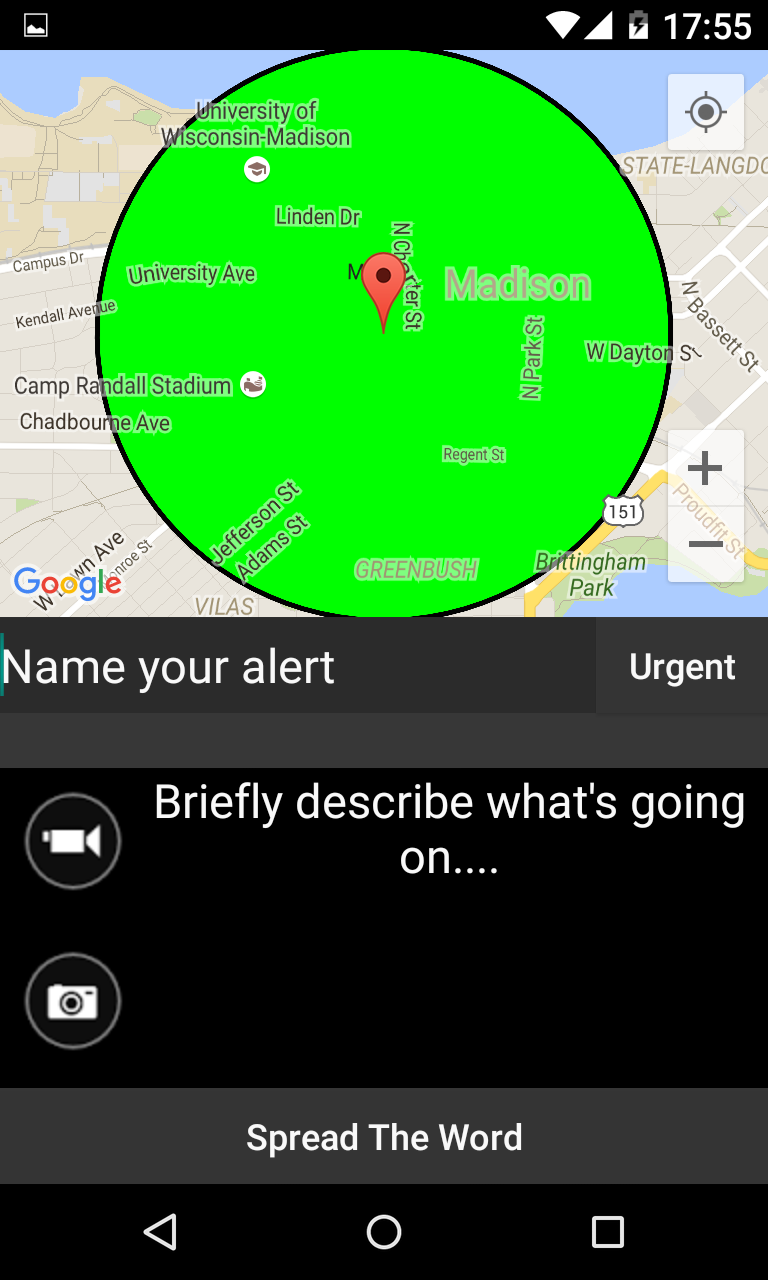 Say, if someone in the vicinity volunteers to give the homeless person a blanket, he/she can mark it on the app. 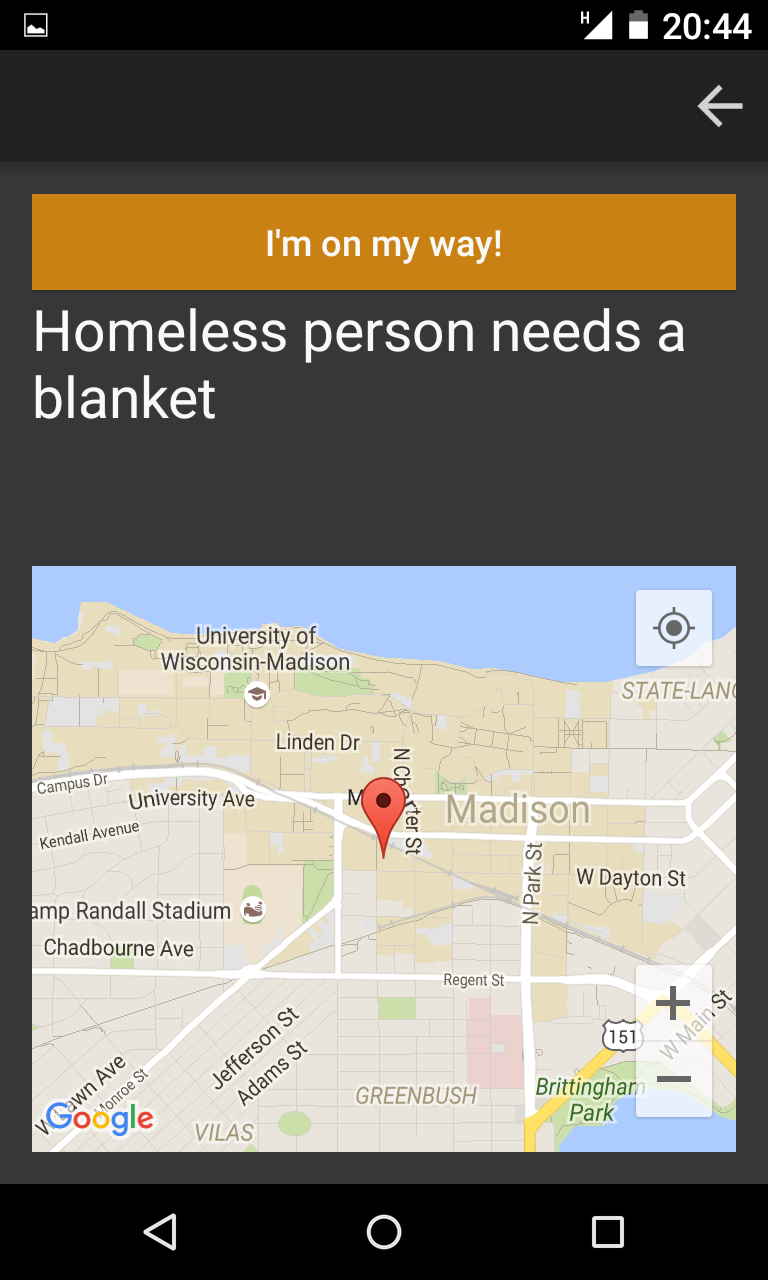