Open Debate was borne of my personal desire to have more opportunities to debate. During my initial user experience studies, I found that While there are a multiplicity of groups that debate and discuss informally both on campus and off, we’ve discovered that these groups rarely talk about the things we want when we want. There are abundant schedule difficulties and a myriad of other conflicts. The obvious answer is to turn to the massive text-based forums on the web.eople hold debates on Facebook, dedicated forums, Twitter, email threads, article comments, and more. Skype, google hangouts and other real-time video chatting systems exist, but they lack a focus on debate. There are chat roulette systems for random interactions, but they are not focused on debates. They lack something that we loved about in-person dialogues: the connection, the body language, the real-time responses and the deep conversation.

Our choices of interviewees was dependent heavily upon who was willing to participate. We sent out emails to all debating groups on campus, but only one (College Republicans) responded; our connection to Atheists Humanists and Agnostics was through personal friendships. We met with the Mock Trial participant through a coworker connection. Given the opportunity, we would have been more selective and deliberate in our choice of interviewees, but we were pressed for time.

After we completed transcriptions of our interviews we worked together to conduct affinity diagramming. We met in a small office with a whiteboard and went through each debate sequentially. Taking ten minutes to re-read transcripts each of us produced a multiplicity of takeaways, themes, breakdowns and more from the debate and wrote them on post-it notes. We placed them upon the white board, and after we finished all of the transcripts, we began to sort them into groups. We iterated through several groups before settling on our final selections. 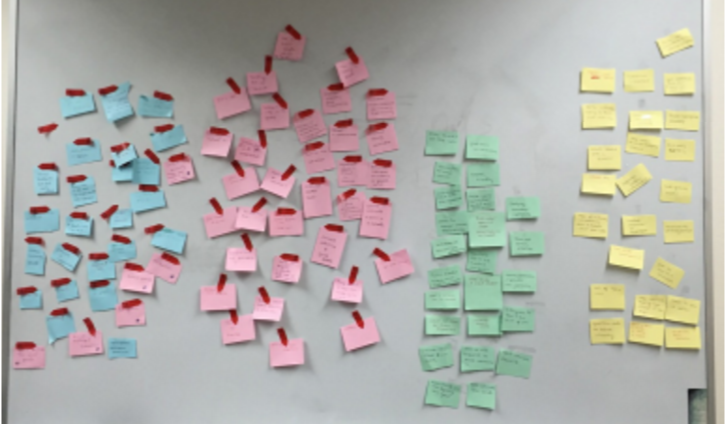 Within those selections we further sorted into several subgroups. We were fascinated by the process and found it an incredibly illuminating experience. Our sorting emphasized all of the things we expected it to, but took our thoughts even further. 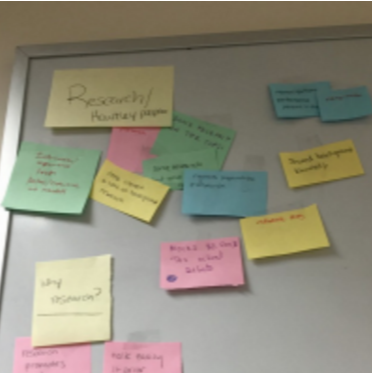 Our final groups were Research/Preparation, Style, Goals, Structure, Body Language, Feedback and Difficulties. Our Affinity diagrams revealed how integral Body Language is to a good debate, and further information about each topic. 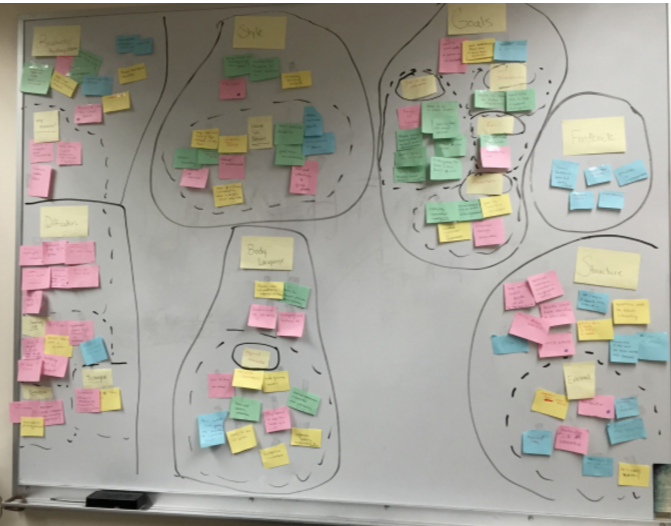 They represent the necessary aspects of a good and bad debate. Our diagrams began the process of answering questions like: how does a debate flow? What does a good debate look like?

During initial UX studies, wefound that people are inclined towards designs that inculcate a sense of motivation. Every page of Open debate has been designed keeping that in mind.

In developing something new, we faced all of the problems that exist with traditional online debating systems. Instead of attempting to focus on the problems of trolls, inappropriate behavior, moderation, and banning, we focused on creating a flow of debate-focused chatting. Abuse of a live system, we concluded, were the primary ways we could figure out how to best troll-proof our design. Still, we kept all of these common issues in mind as we designed our system, hoping to provide places we could eventually implement protections. We also faced potential problems we could handle initially. A system too complicated meant no one would use it, but we wanted to have a system that was restrictive enough that it would foster meaningful debates. We lacked a clear model of what a good informal debate looked like, which is where we knew our Contextual Inquiry would come in. We thought intently about how a user would use the system. We knew we wanted users to be registered -- in part because we wanted to implement friendships and in part because we wanted to have some moderation ability in the future. To facilitate friendships, we decided users should have a profile that would allow them to get to know each other.

We also thought that giving debate related resources on the website itself would be a neat idea, so that they can continue to improve themselves. 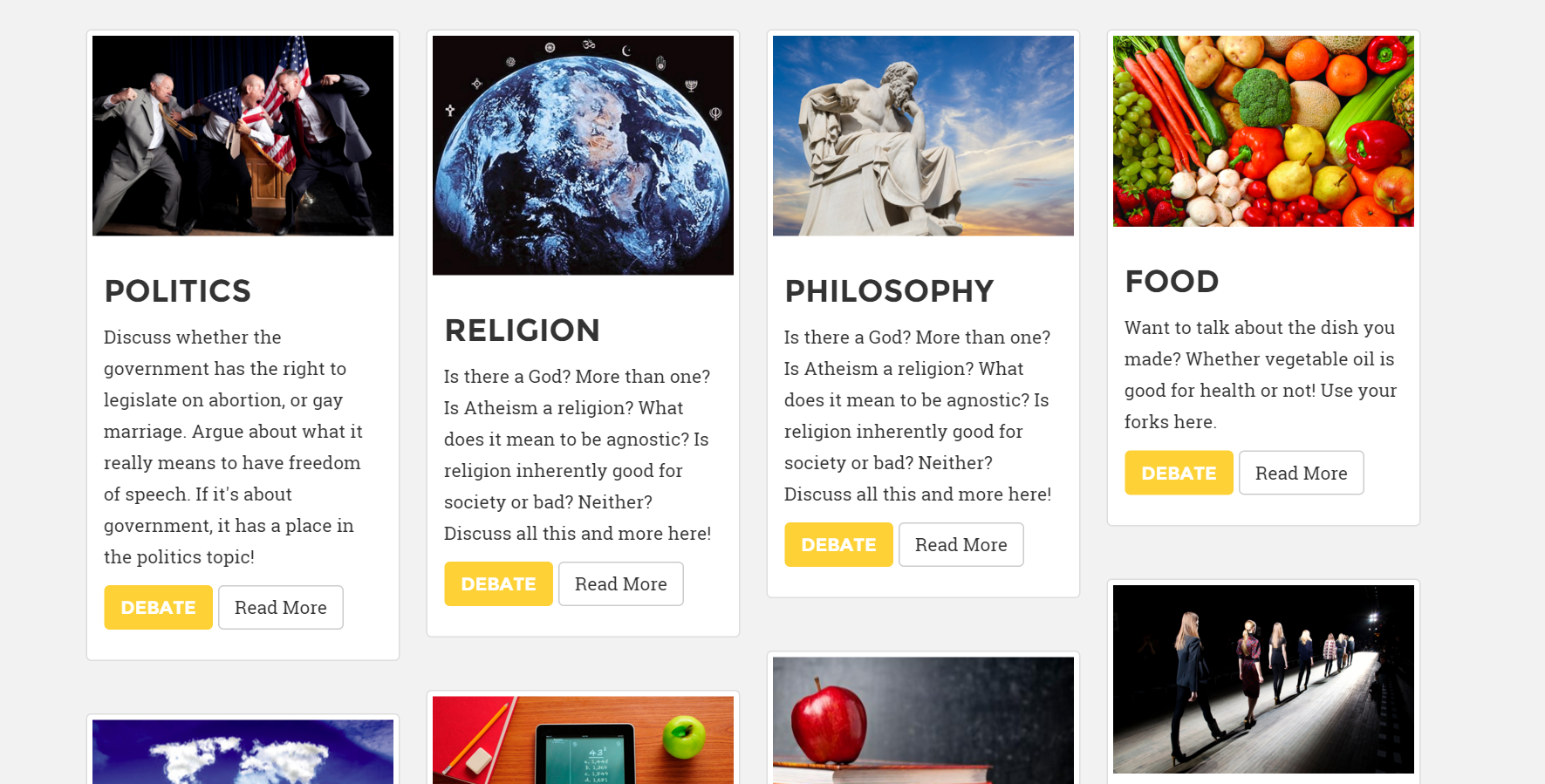 Because shared background knowledge and terminological agreement are so critical for debates, we proposed a link and source sharing add on to the debates. Likely this will take the form of a chat box, not unlike those we see in Skype or Google Hangouts. While this is not a feature necessarily, we intended to vigorously promote body language communication. Our video setup should enable users to communicate using hand gestures and other visual cues. Our initial suspicion that video is a vast improvement upon discussion boards was reinforced by our learning through these inquiries. Then, we thought about users reaching a desire to debate. We wanted them to debate by topics, we decided, so that they’d have some structure to the debate. We weren’t sure how to enforce a structure beyond that, but we concluded that we wanted to design a system around the debate, not the debate itself. There were still a lot of unknowns about how to ensure good debates, so we determined to put our knowledge about what helps a good debate to use. Body language, feedback, topic, and shared background knowledge were the guiding concepts.

All of our learning from the Contextual Inquiries lead to a few integral design features for our overall application concept. To address the lack of feedback mechanism for informal debates, we hoped to create a system that is quick and easy to use. Ideally, it would be a quick rating and small comments box available at the completion of a short debate.

Also, allowing users to see their debate history and feedback